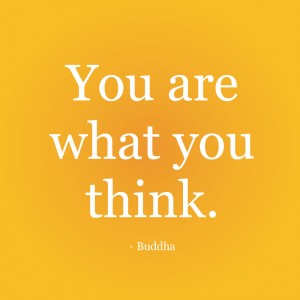 You are what you think. Sounds strange? Well it’s not. Not at all in fact. Our thoughts acts like a boomerang as what goes out there – what you are sending out – is what will come back to you.

I was first introduced to the law of attraction many of years ago and, more thinking of it as a sort of self-improvement concept, I didn’t pay much attention to it. However, some years after my first introduction I was once again faced with a believer of the Law which led me to start analyse the events in my life and the circumstances surrounding them as well as the thoughts I had at the time. And I realized there may be some truth to it all. It’s similar to the wheel of cause and effect (Karma) and this I am a true believer in and follower of.

So what is the Law of attraction? The Wikipedia defines is as “…[…] a metaphysical New Thought belief that “like attract like”, that positive and negative thinking bring about positive and negative physical results, respectively.” The principles of the law of attraction has been interpreted in various ways, all equally interesting to take part of for those whom like myself are curious about the different faiths and teachings that find their way to so many souls across the globe.

You are what you are thinking. Yes. It’s simple. Some people choose to see the goodness in others – to the point of being naïve at times – while others choose to see the worst in some people – to the point of being paranoid at times. In any case, ones choice of view very obviously tells more of what kind of individual YOU are – as in what YOUR thoughts, hopes and, maybe most of all, fears are – not that of the person or that person’s actions whom you are judging as “good” or “bad”.

2 thoughts on “Are your thoughts serving you for the better?”