Is regret and guilt the same thing? Or is it two different sides of the same coin? What is rightful and what is wrongful behaviour? I’ve been listening to “Friendship with God”, by Neale Donald Walsch, a book which I really recommend. One of many things discussed in the book were “regret” and “guilt” and he presented a fascinating definition of the two. 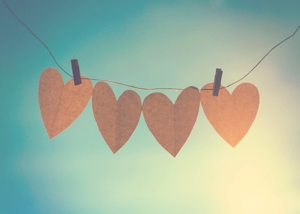 Now, most religions work on the basis of guilt and punishment. If you do not follow the words of the Lord – or what some may say the words of the church, the founder, an chosen élite group, etc. – you will be punished somehow in this life, in the afterlife or in your next life all depending on which religion you are practising. Unless you ask for and practise forgiveness of course, in various ways and – also depending on your specific religion – in an “easier or harder” fashion, by saying a certain amounts of specific prayers, by speaking in tongues, by having someone superior “giving” you forgiveness etc. However, as long as we do not do harm to other humans, animals or nature in an evil spirited manner it is up to us to decide for ourselves what is right and what is wrong – and thankfully most of us do have a strong sense of rightfully and wrongfully doing.

Mr Walsch’s definition is broader than the one most commonly used. He says that we should not confuse regret with guilt. Regret is the announcement that you did not follow the path or stayed true to what you are while guilt, however, is your decision of that you are not worthy or more worthy of doing such a thing. I like that! But that’s probably because he goes on saying that love is the guiding light or the answer to the question of what is right and what is wrong” to regret or no regret, to guilt or no guilt” and I truly believe this to be true.

“There is no person that love can not heal. There is no soul that love can not save […] for love is what every soul is. And when you give the soul of another what it is, you are giving it back to itself. Move forward with no second guessing, no guilt trips, no hesitation. Your life is right in front of you not behind you. What you’ve done you’ve done, you can’t change that, but you can move forward…”